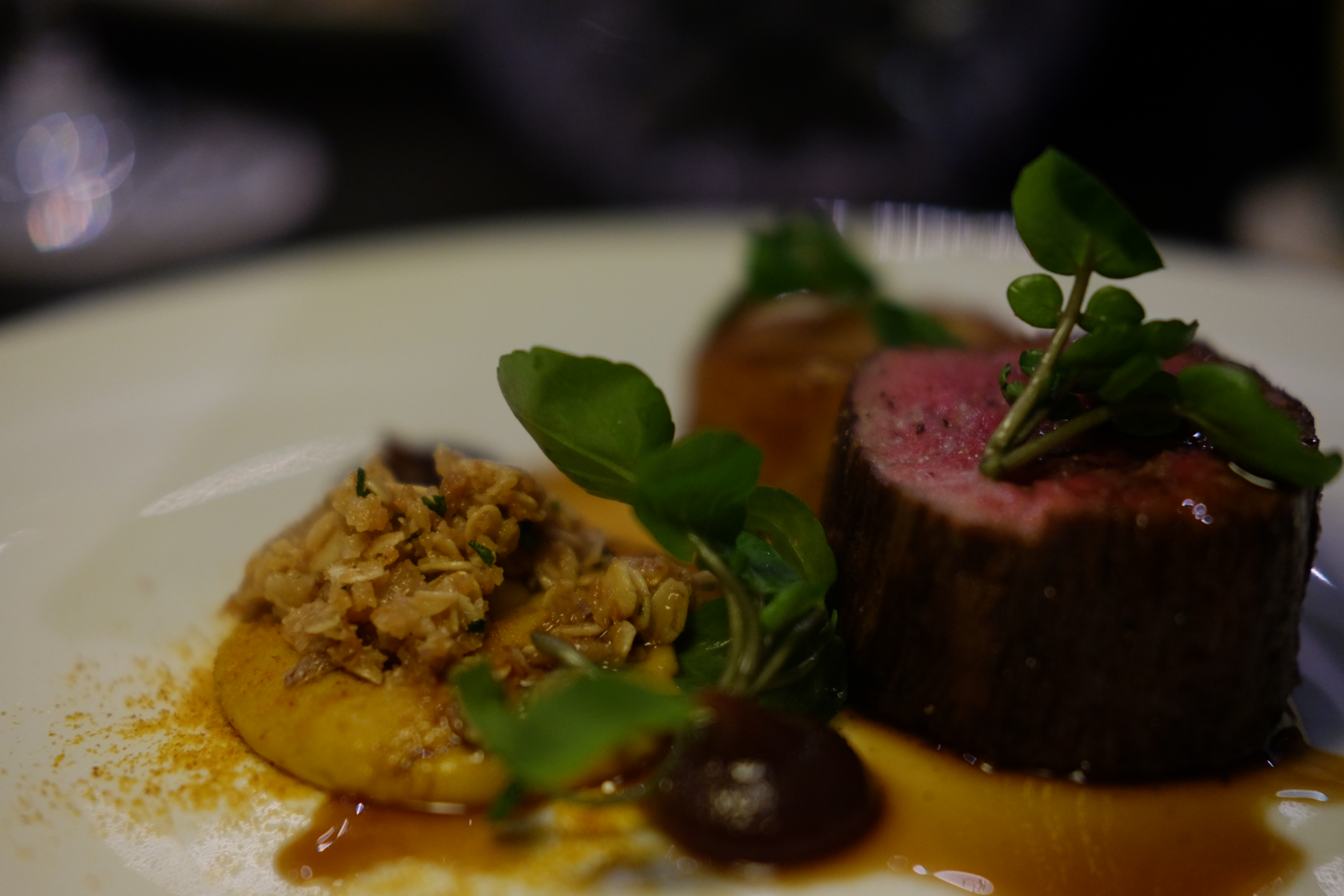 Michelin-starred chef Jason Atherton was in town last weekend to cook up a special set menu at his first and only restaurant in the Philippines, The Pig and Palm. As this is is his first visit this year, it’s a special menu indeed, considering that he has sixteen other restaurants scattered across the globe to oversee.

Jason holds four coveted Michelin stars under his belt alongside titles like “Chef of Year” and having many of his restaurant hailed as some of  the best restaurants in the world. It’s no surprise that he’s earned that many accolades; he’s worked his way to the top by training with top-tiered toques.

His first restaurant, Pollen Street Social, earned its Michelin star three months after they set up shop. It’s among the fastest to earn a Michelin star in the world. What’s admirable about Jason is how he still has his feet planted firmly on the ground—he may have earned four Michelin stars, but he says he’s not looking to get any more.

“I enjoy being part of Michelin, but I’m not obsessed by it. I don’t crave it. We are where we are. But we work to keep it, of course. As long as the customers are happy and they like our food then that’s okay,” he shares casually. “I don’t worry about it too much.”

At The Pig & Palm, Jason ensures that his philosophy of keeping the customers happy is upheld. The restaurant has made a remarkable reputation for itself as one of Cebu’s culinary gems, two years since its launch.

I’ve frequented the restaurant for a long time now, and the quality of the food still surprises me each time I pay a visit. Last Saturday, Jason created a special set menu that teased the tastebuds.

A six-course meal, the dinner started off with canapés and cocktails. Their cocktail menu gives you a variety to choose from, and is arranged in a way that goes with each course perfectly, from appetizers to dessert, and even have their respective hashtags for when you’d like to post it on social media.

Their Dill or No Dill, which is available at every restaurant managed by Jason, is a crowd favourite; it’s made with gin, lemon juice, elderflower cordia, cucumber, dill (of course), and rimmed with smoked salt. Try their McBanDaq, which I describe as a deceptively dangerous banana milkshake, or their quirky Coff’ Medicine, a concoction of Don Papa rum, Kahlua and espresso, that comes with a doctor’s prescription.

The first course was their Seared tuna with Feta and Pistachio Mousse, Tomatoes and Black Olives. To be honest, I don’t always get to finish dishes that have raw (in this case, seared) fish, but I surprisingly did with this dish. It was that good. The tuna was fresh and had no strange fishy aftertaste, probably offset by the roasted tomato and the balsamic reduction. The parmesan tuile and minced black olives on top added a burst of umami to the already harmonious flavors.

The Cold-Smoked Duck Breast was divine. As someone who loves duck, this dish left me wanting more. The duck breast was cold-smoked with apple wood, giving it a delicate flavor. The pickled red cabbage on the side complemented it very well, along with the foie gras parfait.

The star of the dinner was their Fillet of British Beef. The Pig & Palm is proud to be the first to market British beef in Cebu, and it did not disappoint. Succulent and tender, it could make other kinds of beef give a run for their money. The sweetness of the roasted pumpkin and the richness of the potato fondant rounded off the dish.

For dessert, we had their Yogurt and Calamansi White Chocolate Lolly, which was tangy and refreshing on the palate, and their Black Forest Gateau, a decadent dessert made with layers of cherries, chocolate cake, and chocolate mousse.

Jason shares that these dishes will be available on their regular menu soon, so don’t worry if you didn’t catch him when he was in town. Meanwhile, make sure to check out their cocktails and the other items on their menu!

Heineken Opens the World to Cebu