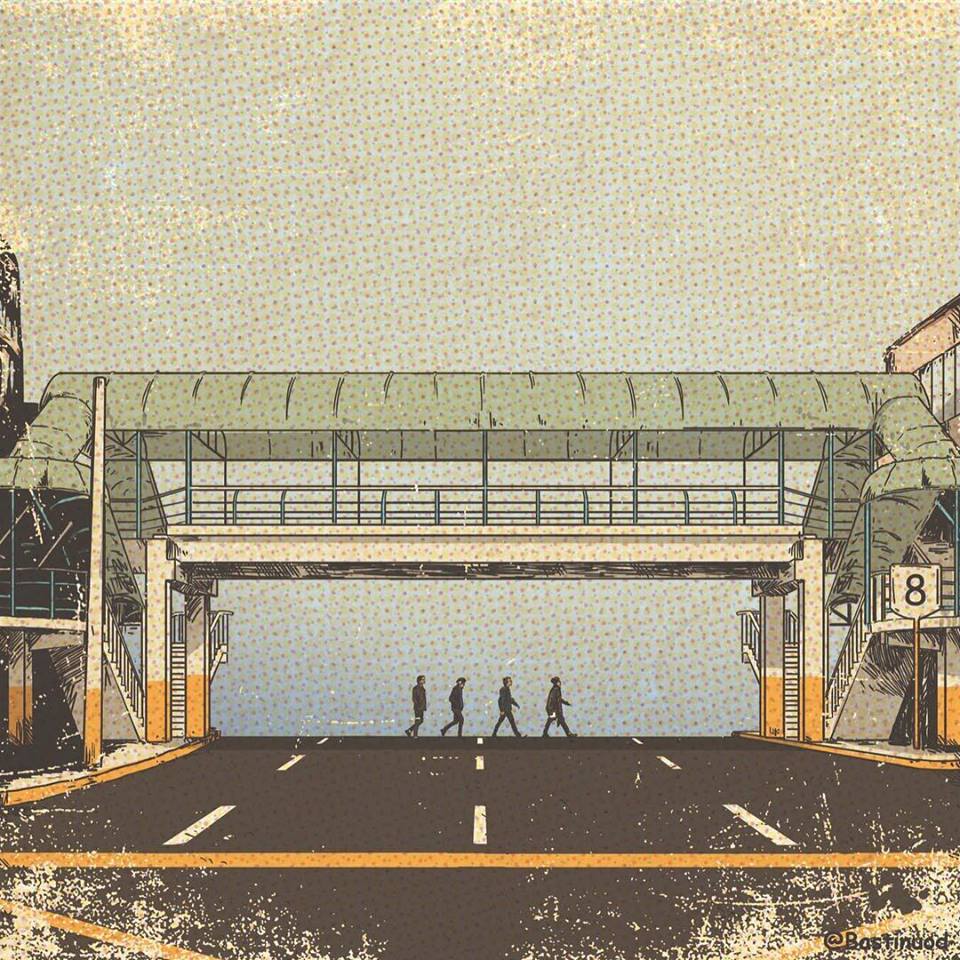 The annual gathering of local artistic expression in little pages is set to amaze the city once again. The biggest assembly of zines crafted by local artists is surely the event you don’t want to miss. Here are some of the local artists’ entries for the festival. Be prepared to be surprised by their background, history, and inspiration.

Together with his parter, Andrea, Alcy produced a zine with both of their artworks in it.

Growing up in a family of artists, Alcy Salazar began picking up the skill in drawing at a young age.

“I never really took it seriously until I went to art school and discovered I had way much to learn. I can never really define what my style is, as long as it is appealing to me then I’ll go for it,” Alcy shares.

Partnering his art with his girlfriend, Andrea, they produced a zine inspired by Luigi Serafini’s Codex Seraphinianus entitled Seraphinianus Paradox.

This codex was originally published in 1981 which was an illustrated encyclopedia for an imaginary world.

“I try my best to show how this book opened my mind on how surreal your ideas can become, through my drawings,” he adds.

Jodie’s zine ignites the basics of art and attached feelings and emotions of love and a lot more.

Jodie ventured into art at a young age when she realized it was only the best thing she could do.

“Even by the slightest bit and so I decided to stick with it, everyone else thought I was delusional,” Jodie says.

She started wanting to draw in a more Japanese anime style. “But that just got frustrating a young age, I moved on to practicing fundamentals instead,” she shares. Among her inspirations are Alessandro Barbucci and Loish, making her create more feminine cartoon-like pieces.

Jodie’s interest in art grew into working on with portraits and focusing on the overall emotion and symbolism.

“Coming from the composition of my works, I used elements from nature like plants, animals, and people,” Jodie says.

This year, she focused on the fundamentals. “I don’t think there can be enough studies done on the basics especially when it comes to art,” she adds. Her zine covers on what she learned about the basics like perspective, facial expressions, colors, and values.

To mix it all up, her zine’s fundamentals are combined with the emotions she experienced over the year. “This makes the zine a very personal project,” she says.

Jodie claims she lacks knowledge when it comes to art fundamentals and since she never underwent professional training into the art form she is in today, this made her create a zine touched with constructive criticism coming from the artists she personally admires and, of course, her feelings.

Bringing familiar streets into art, Basti shares some of his daily observations in the city.

Coming from the grassroots of comic-inspired art, Basti Penayes III, or more commonly known as Bastinuod, has gained fame and respect in the digital world and local art scene.

His works, from creating art series to random national situational criticism by the use of art, Basti has always been inspired by comics.

This year, his zine titled Dalan Sugbo takes us back to the streets of Cebu. By seeing his own perspective, Basti was inspired by this into making his own zine.

Basti studied painting in the University of the Philippines Cebu and has recently published his series online called Indiogram that tackles the peculiarity of the modern world.

Stories come through every day but through art, we experience different backgrounds that we can learn from and be inspired with. Just like Alcy, Jodie and Basti, their zine’s a peeks of their imagination, inspiration, stories, and perceptions.

The Biggest Calligraffiti Wall in the Country is in Cebu