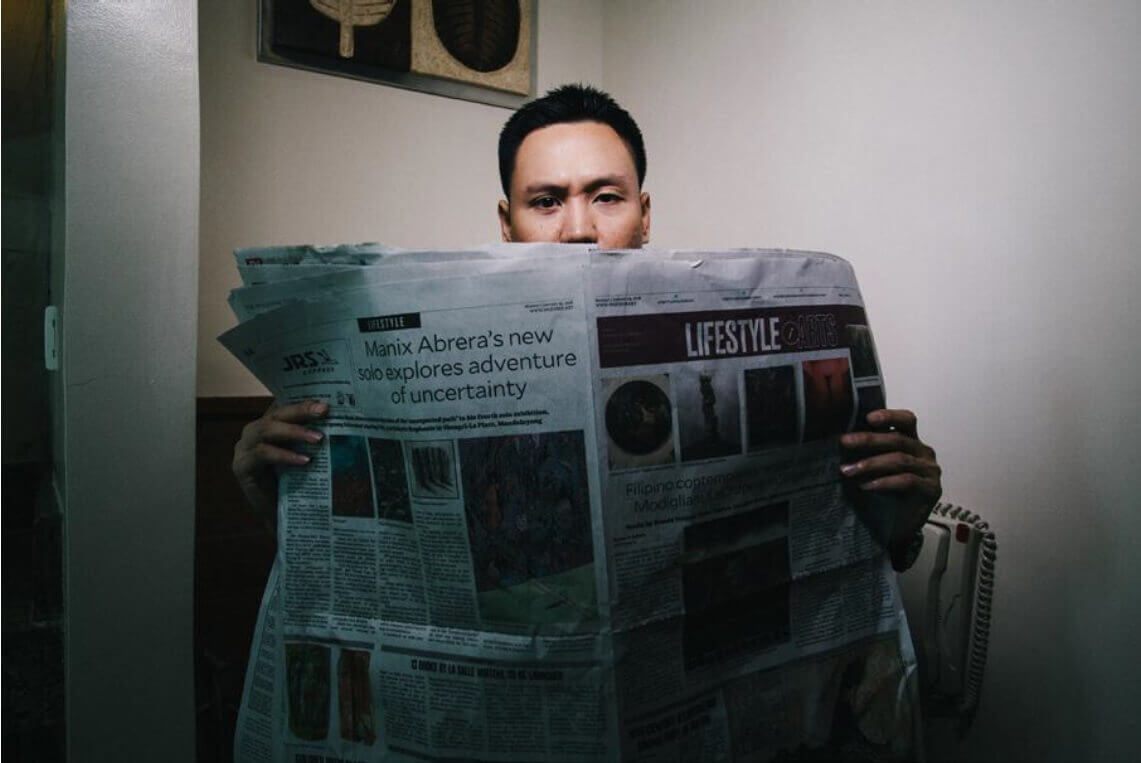 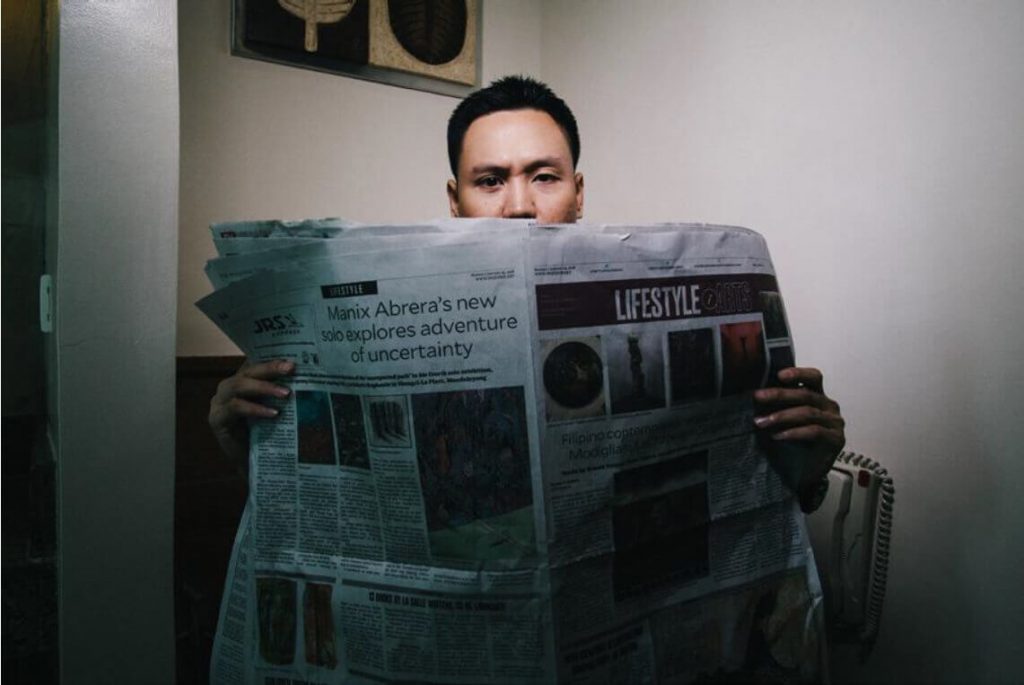 “I’m probably the friendliest graphic designer you’ll know,” PJ Ong says as we were wrapping up after the shoot at the villa of Crimson Mactan Resort and Spa. I had asked him what it was that he felt made him stand out from other artists, and he’d replied his character.

Definitely easygoing, PJ is the man behind Indoro, his creative signature that had received widespread recognition
for being the Filipino artist featured in a Uniqlo collection. “It was a great pleasure collaborating with Uniqlo for their Feel the SEA campaign,” he said smiling. “I’m still overwhelmed with the positivity that a team of highly esteemed curators chose me to represent the Philippines.”

PJ Ong grew up exposed to art, having always been interested in the subject for as far as he can remember.
His father was a businessman, but spent his free time dabbling in painting and photography. “They are the reason
I was led to this industry,” he shares about his family. “Aside from their highly supportive nature, there was always
a thirst for creativity and adventure in the household. we love to travel and to explore new things in general. My parents have always been advocates of keeping an open mind and nurturing curiosity.” And those factors have all contributed to who he is a person and as an artist. 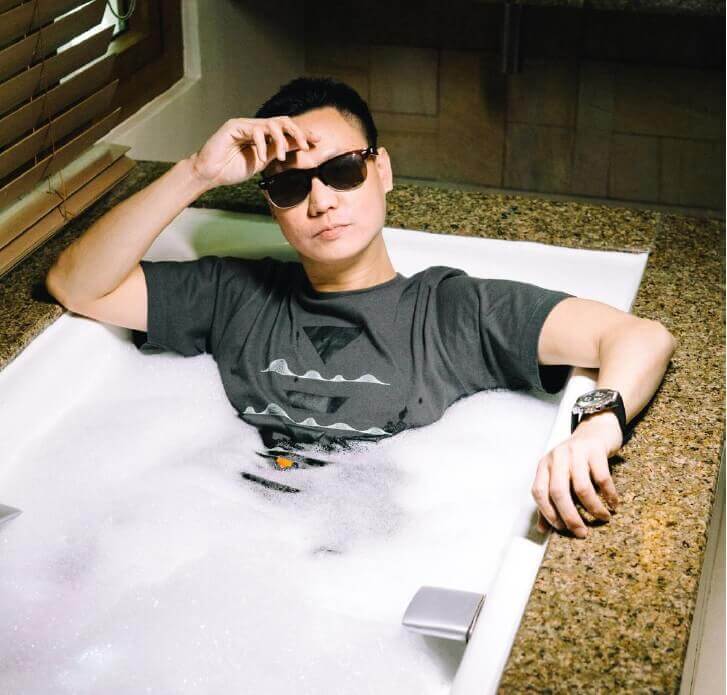 Like many artists, it takes time, effort and probably a pinch of drama to finally find your place in the scene. During the journey, he came to the conclusion that he had always been drawn to the so-called underground art industry. Laughing, he randomly mentions that he dropped out from college, where he was studying Information Technology. “It wasn’t for me, so I took a ten-month certification in the International Academy of Design and Technology in Toronto,” PJ shares, continuing that he had went on to finish the course at the top of the class. Not bad for a college dropout. “I will always be proud of that.”

The rest is history, and Inodoro was born. 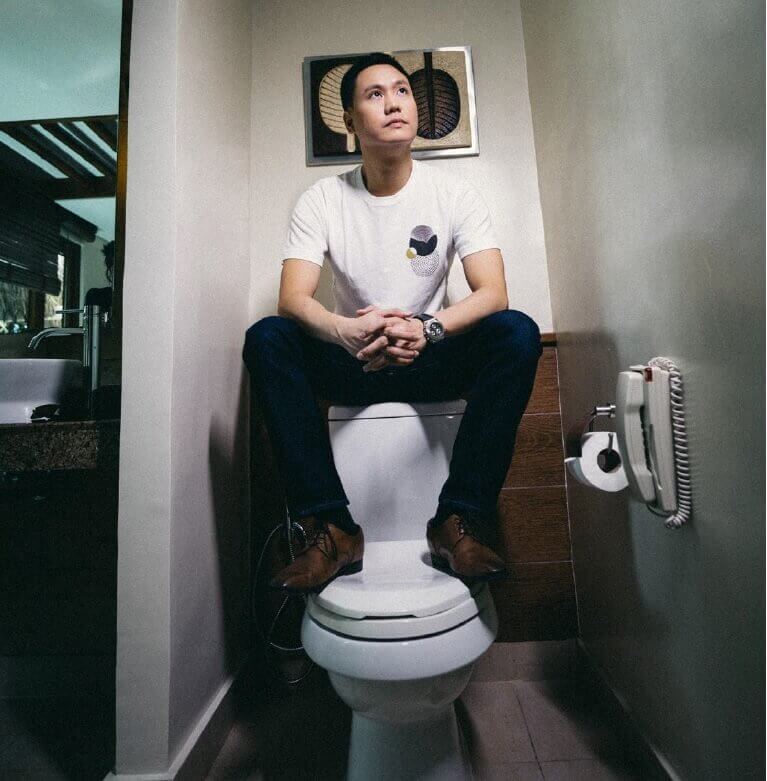 It’s not unusual for someone to ask why PJ had chosen Inodoro as his brand name, considering it is the local word for a toilet. ì”I wanted a name that had Filipino-Spanish roots, with hints of controversy and humor. Embracing the punk ethos, my moniker naturally has a streak of rebellion and non-conformism. In short, a Fuck You attitude. Plus, it’s hard to forget.”

Inodoro is entirely abstract and experimental design. PJ stressed that each project is a unique endeavor, but
he always tries to stay true to his design DNA. His work emphasize his principles, which are rooted in being forward-thinking, thorough-driven and dynamic.

This is probably one of the reasons why Uniqlo chose his work for the collection. ìI was prompted by a business contact to send over a portfolio link, and after a few days, a representative from the Uniqlo HQ in Japan got in touch with me,” he recalls. “I was overwhelmed to find out that they had strong preference for my work, which they expressed during the initial communication.”

According to him, the main directive was to create designs in three colors. They were given creative freedom in
terms of execution. “I was inspired by the Japanese’s constant pursuit of the avant-garde, the experimental and the
unknown, while keeping the overall look minimal, clean and polished. At the same time, projecting a positive message
since that was one of Uniqlo’s core values as a brand.”

The most significant thing that interests me about PJ’s view in the art industry is that he values his integrity and
brand, much more than being popular or mainstream. he thinks it would be silly of him to change his style just to gain an audience. “To me, the name wouldn’t even matter. As long as you’re able to produce brilliant work for some people, then that’s enough already,î he says. That goes to show how authentic he treats his art, and that his passion for graphic design is no joke. ìClients come to me because they already know my style. I won’t force someone to like my style—if they do, then that’s good!”