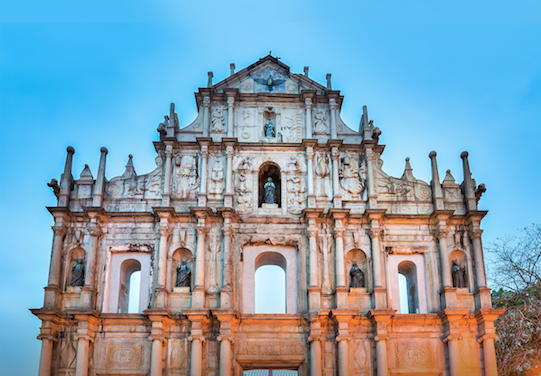 Promo fares from as low as P1,390 are up for grabs now at airasia.com.

To celebrate the new route announcement, AirAsia is offering promotional all-in-fares from P1,390* one way now available for booking at airasia.com from now to 25 November 2018 for the travel period between 8 February and 30 March 2019. The promotion is also available on AirAsia’s mobile app for iPhone and Android devices, as well as the mobile site mobile.airasia.com.

AirAsia Philippines CEO Captain Dexter Comendador said, “We are pleased to introduce Cebu – Macao route as part of our long term expansion plan to further connect Cebu as an important hub for tourism and business.”

Inscribed by UNESCO as the Historic Centre of Macao, this vibrant city which blends Portuguese culture and traditional Chinese traits includes 25 world historical heritages in a single city. Stroll amidst the European-style neoclassical buildings and browse the boutiques along Senado Square. Then take a tour to the Ruins of St. Paul’s, Macao’s most famous landmark built in the 16th century originally as a college and cathedral.

To get the most spectacular bird’s eye view of the city, head to Macao Tower, a 338m national monument which offers thrilling activities such as Tower Climb, Bungee Jump, Sky Jump, or Skywalk. Also known as ‘The Vegas of Asia,’ Macao is packed with entertainment centres, such as the lavish Venetian Macao and Macao Fisherman’s Wharf, a huge complex of theme park ideal for the whole family. Moreover, no visit to Macao is complete without enjoying their famous egg tarts; Minchi – Macao’s national dish with minced beef, potatoes, onions, soy sauce, topped with black fungus and fried egg over rice; salt fish cakes; Macanese-style prawns and many more.

AirAsia offers several domestic and international flights from the airline’s hub in Manila, Cebu and Clark. Keep updated with AirAsia’s latest promotion and activities via twitter (@AirAsiaFilipino), Facebook (facebook.com/AirAsiaPH) and on Instagram (@AirAsiaFilipino).

*Promotional all-in-fares quoted are for one-way travel only. Terms and conditions apply.