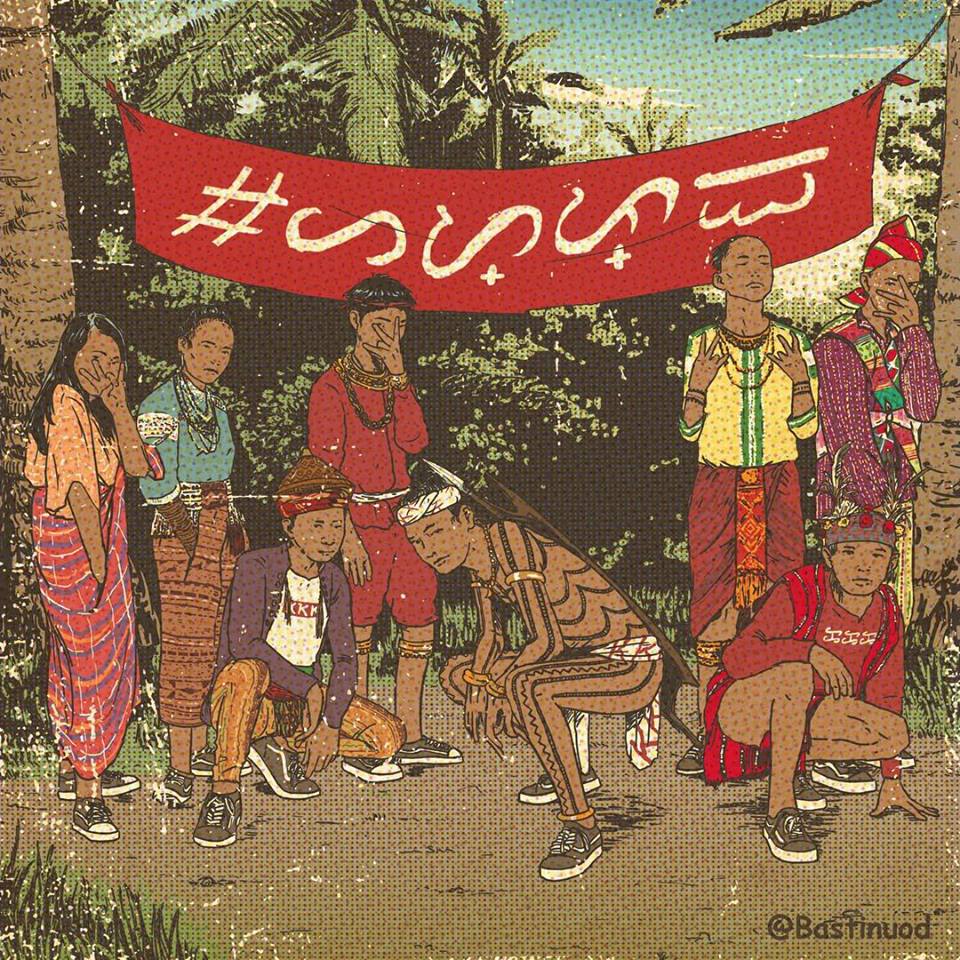 It all started early for Sebastian “Basti” Penayes III to discover his skill in drawing. At a very young age, his first drawings were X-men and Dragonball inspired. Art became intimate and comforting, like a form of therapy.

From acrylic painting to pastel drawing, his passion eventually grew to digital art. According to Basti, this style of art evolved even more when he started working in a publishing company.

“There, I had to adapt to different styles of art, but my style leaned more towards comics since it was my first influence in art,” he adds.

His comics-inspired art and inclination to the digital world gave birth to a series he started a year back, called Indiogram.

Basti reminisced that “it all started with the question of what our ancestors might speculate to the things we are doing today”. Interestingly, the combination of ancient and modern ideas makes it more enticing.

Modern trends influence people’s agenda in a social world. The combination of both times speak about the situation of today’s generation and how we perceive ourselves and others.

Indiogram comes from the words indio, which can mean “a member of any of the indigenous peoples of America or eastern Asia in areas formerly subject to Spain or Portugal” or a definition of the Filipino people with lesser wealth than the Spaniards during their Philippine colonization, and the Greek word gram which means “something to be written or drawn”.

Indiogram, according to Basti “shows the absurdity of our trends when in fact people before lived their lives with fulfillment without these trends”. We have always been tied up with the social world blinding us from what’s significant. These trends include our attachment to social media and how we use this in affecting our peers.

Bastinuod, his Facebook page with more than 3,000 likes and followers, shares his digital portrait projects, his art activities and series. With more or less 4,000 shares and 3,000 likes on Facebook, his latest update on the series titled HYPE tackles the people obsessed (beast) with fashion (hype).

This comic-influenced series also shows that our mere attention to portraying ourselves differently talks less about whom we really are. In one of his earliest artworks, Wall Update tells us our prioritization on telling the world about our current activities and updates in social media. Aside from putting an actual frame and a literal wall, Basti puts a woman whining about how slow her update on the wall could be. Plus, a conyo dialogue at the bottom sums it all.

To be able to portray his message especially to the youth today, a zine is on the way and more of this series will be posted. Currently, Basti is back to painting and has upcoming exhibits in the city.

Basti is also working on more digital series and explores his approaches using traditional and modern medium. He also recognizes that his style represents him as a person.

This 25-year-old artist is no newbie in the world of art, “Be sensitive in your approach and when you want to relay a message, don’t stop”, he adds. He also recognizes that he still has a lot to learn from other artists especially in the local art scene.

When asked about his plans for Indiogram, he claims, “I will continue it since we never ran out of peculiar trends”.