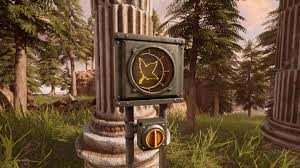 It’s hard to really give the new Myst a rating when it does what it was intended to do so well: transfer the world and puzzles of the original Myst into full 3D animation and VR. This isn’t a Myst with new puzzles, a new island, or a new storyline — this really is almost an exact remake of the original game, even giving you the option to either play the original 1993 puzzles or with a randomizer if you remember the original puzzles too well.

So does it transition well? Well, both yes and no. For VR, the transition is nearly flawless, almost like this game was meant to be played in VR and nothing else. You get to open doors, flip through books, manipulate machines, press buttons, climb ladders, go through drawers, and enter codes in keypads — tasks that would get incredibly tedious when playing in flatscreen, but work very naturally when playing in VR. The island and its different locations also look fantastic in VR, so much so that I’d recommend to anyone interested in the game to try it in VR at least once, even if you plan to spend the majority of the game playing on a flatscreen.

The only real gripe I have with the VR version is that the puzzles often require you to remember certain things, which is hard to do when you don’t have a pen and notepad readily accessible to you. Thankfully, the game creators were thoughtful enough to add a camera to the game that allows you to take pictures of any part of the game. While this definitely makes remembering things less inconvenient, it’s still quite tedious to constantly have to open your photo album when you forget something. However, while the game works great in VR, its transition to controller support is not the best one. The original Myst was a point-and-click game, meaning you only ever used a mouse to interact with the game. Because the new Myst is such a faithful remake of the original, many of the puzzles are simply better with a mouse, even if controller support is available. Many of the machines are downright frustrating to work with when playing with a controller, which means the new Myst is not the best choice if you’re hoping to lean back on your couch and enjoy a game with your controller.

This also means that the game carries with it a lot of the problems most point-and-clicks have — insanely scoped out and difficult puzzles, tedious gameplay, having to repeatedly move back and forth from one location to another, spending large chunks of time just clicking, you get the drift. However, if you loved the original Myst (or point-and-click games in general), these things should not be much of a problem to you.

But really, for anyone interested in this new Myst, there really is only one best way to experience it and that’s in VR. Any way else would just fall flat in comparison.

28 Years Later, a New Myst Is Here and It’s Better Than Ever 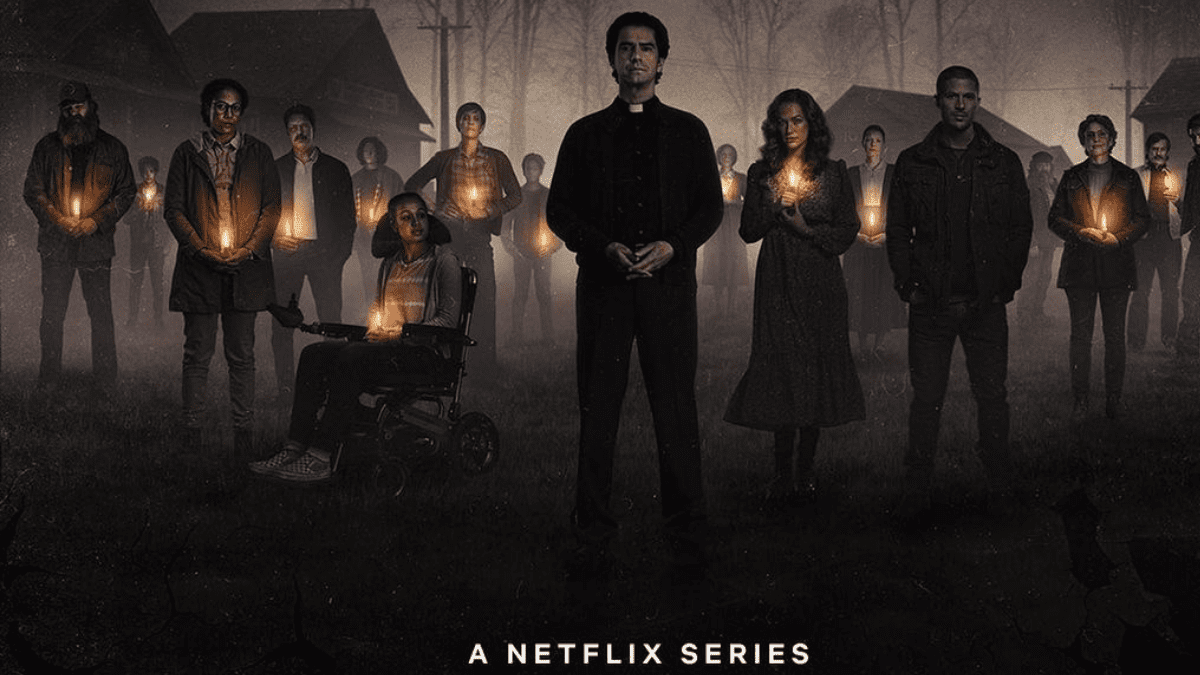 An American supernatural horror TV miniseries recently released on Netflix is being watched by many and garnering good reviews.  The miniseries was created and directed by Mike Flanagan, best known for his horror films and Netflix series The Haunting of Hill House. The story of Midnight Mass centers on an island community devasted by a disaster and supernatural events upon the arrival of a mysterious priest Father Paul played by Hamish Linklater.  Zach Gilford, Kate Siegel, Samantha Sloyan, Rahul Kohli and Henry Thomas also star in this seven part miniseries. 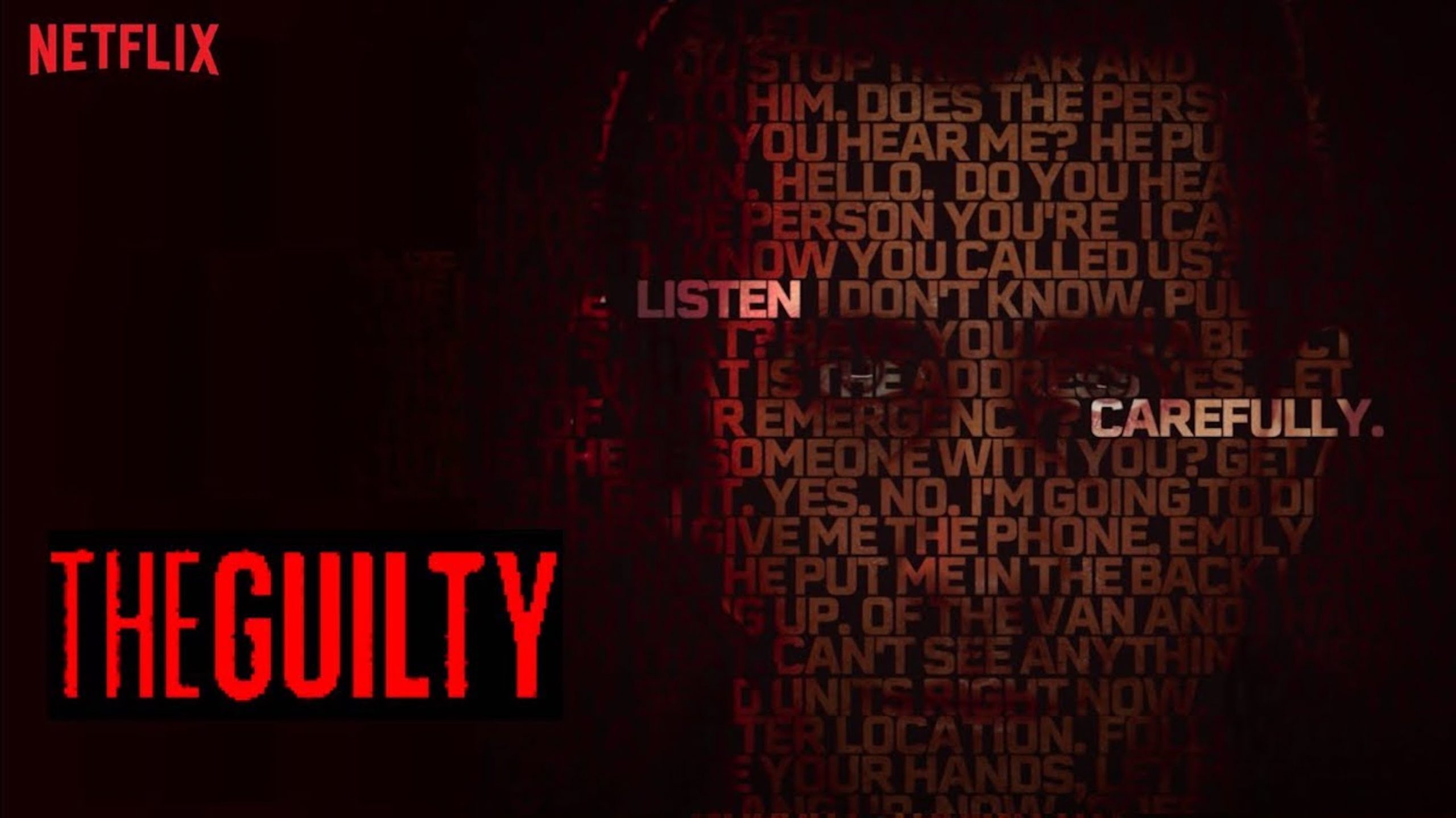 In September, the Netflix Original super hit was the Korean survival drama series: Squid Game.  It’s been hailed as one of Netflix biggest hits and becoming No.1 show in 70 countries.  This October, two Netflix Originals we look forward to are the following:

Based on a 2018 Dutch film, this suspense drama starring Jake Gylleynhaal as a police officer taking emergency calls amid wild fires in Los Angeles.

An offshoot of director Zack Snyder’s hit heist film: Army of the Dead, this film stars Matthias Schweighöfer reprising his role from Army of the Dead and Nathalie Emmanuel best known from her roles in the Fast & Furious films and Games of Thrones.  This prequel is set 6 years before Army of the Dead in the early days of the zombie outbreak. 28 Years Later, a New Myst Is Here and It’s Better Than Ever 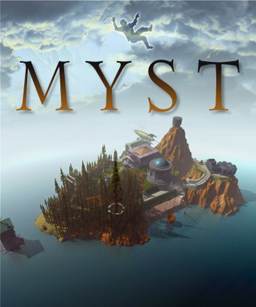 If you’re a fan of adventure games and/or puzzle games, you most likely know Myst, the 1993 point-and-click game developed by Cyan Worlds about trying to escape a mysterious island. Often considered as one of the greatest adventure games of all time, the game is also credited to have helped pioneer the release of games on CD-ROM since it was one of the first games to do so. Now, 28 years after its original release, a new Myst is here — and it’s set to be released for both PC and VR.

Releasing this August 27, the new Myst isn’t just a simple remastering of the original game. It’s an entirely new game, built from the ground up in order to create a more immersive and interactive version of the game. While the original Myst was very much a point-and-click game, featuring only static image slides of each location with minimal animation, the new Myst is fully animated in full 3D with every location explorable, allowing the player to fully experience the island in all its surrealness.

You can look around areas, pick up items, press buttons, pull levers, slide open doors, and interact with the world around you. It’s everything you could possibly want in a Myst remake. It also only makes sense for the new Myst to be built with VR in mind. It’s a perfect fit as one of the reasons why people fell in love with the original game was because of how atmospheric and immersive it was, with the frightening feeling of being somewhere you shouldn’t be constantly following you and growing with every area of the island you enter. It’s mighty impressive for a game with such limited mechanics, and VR would only take that immersiveness and multiply it by a thousand. If the game freaked you out as a kid, imagine how much it’ll freak you out now that it genuinely feels like you’re on the island itself.

The new Myst had an earlier release on the Oculus Quest late last year and reviews of it have been positive. PCMag gave the game 4 out of 5 stars and said, “Myst has always been an atmospheric game, which is part of why its transition to VR is so successful.” Road to VR called the game “a breath of fresh air” compared to the static frames of the original 1993 version. All in all, the Myst remake is setting itself up to be a fantastic game and may even end up as one of our favorite video game experiences of the year.

Myst comes out for the PC and VR this August 27 and will be available on Steam, GOG, and the Epic Games Store, as well as on the Xbox Game Pass.