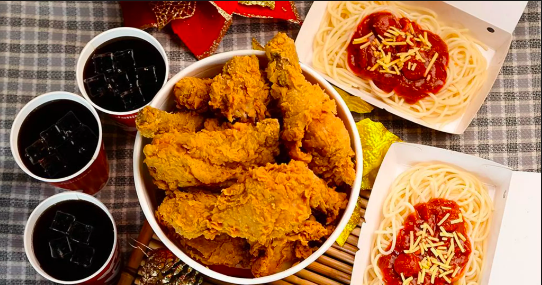 Communicating with large groups of people was usually just always a privilege afforded to the rich and famous through broadcast television. The advent of technology and the wonders of social media has truly changed this phenomena and provides one and all with the audience of probably the entire world. This is made possible through vlogs.

Vloggers and “vlogging”, the video version of the usual blog, has been one of the most talked about things on the internet. Budding artists, long time actors, and a handful of interesting people with a great number of followers have turned to vlogging as a way of communicating to their audience and fans.

Vlogging has been one way of influencing different people in different aspects of their lives such as the food they eat, the outfit they wear, the places they visit and the beauty products they use on a daily basis It has affected the lifestyles of many people, especially millennials, who are all eager to wait for a few days or even a week to witness yet another episode of the vlog they religiously watch.

The Korean culture’s “invasion” is evident in the Philippines, especially here in the Queen City of the South, which is seen through various Korean-inspired cafes, shops and restaurants.

As many life-threatening acts and mind boggling pranks have been given a feature in numerous vlogs to gain coveted views, another trend influenced by the Korean pop culture in today’s vlogging scene is the Mukbang. This is when vloggers or talents broadcast themselves while eating large quantities of food whilst interacting with their audience. It’s a portmanteau of the Korean words for “eating” which is meokneun and “broadcast” which is bangsong. This first became popular in South Korea’s local TV show, AfreecaTV.

Due to the inherent love for eating, and the most often ardent desire only satisfied by food, viewers that are not only in Korea, or even Asia, but also around the globe, have come to love and show their support to this vlogging style. The warm welcome to this vlogging phenomena is also evident as viewers even pay to see the “eaters” do their thing.

Many famous vloggers have stepped into the spotlight to try on the same style, one of which includes the half-Filipino beauty vlogger and make-up guru, Bretman Rock. He usually feasts on Filipino fast food, such as Jollibee. He talks about anything and everything under the sun—his usual make-up and fashion tips, his family dramas, childhood traumas and treasured memories, coupled with a handful of humorous banter between his sister and himself.

16-year-old vlogger Arabella Francesca Racelis, more famously known on YouTube as “That’s Bella”, also had her own take on the Mukbang by devouring her favorite fast food– McDonalds. From savory food to carb-loaded side dishes, fruity refreshments and a sundae for a sweet finish to a satisfying meal, Bella ‘Mukbang-ed’ it all. During her broadcast, she talked about her day at school and answered random questions from her viewers, who usually ask her about love or life advice.

Emerging Cebu-based beauty vlogger Anne Cruz also joined in the Mukbang craze. Trying out this vlogging style was no problem for her, as it was a mix of her two favorite things, vlogging and eating.

“Everyone just loves food. It’s what we think of when we are sad, happy, angry and many more. It’s what comforts us when no one can. Food is usually a go to”, says Anne.

For her, mukbang videos are a whole new style of storytelling. Viewers usually would love to learn a lot of things about the vloggers they follow, and this happens when vloggers share real life events. Mukbang is a great way of talking to your viewers and at the same time share experiences whilst filling your stomach.

Mukbang gives such an important thought to ponder on: shared meals. Because of our mostly busy schedules whether it be because of school or our job and mostly having to live alone, we tend to lose the importance of communal meals, and sharing these moments, especially with our loved ones. Those who feel alone usually find this sense of community through this concept of shared meals, even if it were through a screen on one’s phone.

GULWA: A Solo Art Exhibit on Coming Out